History of Wayism in 4 short paragraphs


Wayism is the spiritual lifestyle Path that combines mystical Knowledge, Spiritual Awareness, a Benevolent mind and a Lifestyle of Healing and Happiness.

The earliest traces of Wayist philosophy are seen in ancient times in the Vedic era (almost 4,000 years ago) when philosophers realized that the ONE is unnameable and omnipresent. The Vedic line,

TAT TVAM ASI
(thou art That)

lead the way in the new realization of rational people broke who with polytheism and animism. In the later Upanishadic era of +/-800BCE, the philosophy was refined. Therefore, during the 500BCE era, humankind was blessed with the Platonic schools in the West, Siddhartha Gautama (who became a Buddha after enlightenment) in India, and LaoTzi from China explaining core principles that became a hallmark of 1st century Wayism as expounded by Jesus.
It was not until the 1st century that the philosophy of The Way came to full bloom in West and East as a an alternative lifestyle. During this era, Jesus went about from Egypt to India to teach The Way. The Way that flows from the One (or the THAT), that is omnibenevolent, within which all natural and metaphysical Laws rest to manage affairs in creation. He taught of our spiritual Father in Heaven (who is a the most advanced spiritual creature known to humankind), and of the heavenly place where we will continue our existence after we graduate from this school on Earth--that is after we learn the lessons of Compassion and living lives of Loving-kindness. The Bhagavad Gita (Hindu) and several Mahayana (Buddhist) schools embraced the teaching of The Way of compassion, the way of equality for women and the salvation from samsara (the cycle of perpetual reincarnation) for all sentient beings.

Before the end of the 1st century, the immense spiritual presence of the Lord was enshrined in the new Sanskrit book, the Lotus Sutra, wherein He was entitled, Avalokiteshvara - the Lord who looks down from heaven and hears/sees the troubles of all sentient beings. Avalokiteshvara's message of our Father in Heaven and of Compassion, equality and salvation for all beings spread worldwide. Avalokiteshvara is translated to Chinese as Quanyin, Kannon in Japanese. Today, more than 2 billion people in the world look up to this spiritual presence among us.
Wayism was a force that brought about reforms in the great religions of its time. Christianity came from Judaism, based on the philosophy of The Way, and so did Mahayana reform Buddhism, and the Bhakti Tradition come from Hinduism. Besides those who self-identify as Wayists in the ancient tradition, outside of organized religion. Wayists are also found within Christianity, Buddhism, Hinduism and Daoism. Wayism is the core upon which several organized religions built their empires. During the past few decades, Wayism came to feature as an alternative Path, an alternative spiritual lifestyle, in answer to the dissatisfactions in the religions of today.
For more information about Wayism:
bhakti compassion daoism mahayana the way wayism

Popular posts from this blog

Jesus' Amitabha, our Father in Heaven

By JeanDuPlessis - February 07, 2015
The Unnameable One is the source and essence of all things seen and unseen. It is therefore also the source and essence of spiritual beings, who are often described as deities. The Unnameable One, therefore is the essence that animate and empower spiritual beings (and all other phenomena). One such spiritual being, is the ruler of our Spirit-Heaven, the Lord our God Amitabha, God our Father in Heaven. In our universe, God is known to be the most compassionate being—therefore the most powerful, the Almighty. No being in our part of the universe has more power. The power of God is immeasurable wisdom that results from His unparalleled love (compassion, humility and simplicity). Our task is to learn love, therefore to emulate the Father. We can become perfect in love and wisdom, it is possible. Iesous said, "Be perfect, therefore, as your heavenly Father is perfect." (Matthew 5:48 ) The compassion and wisdom of God makes Him/Her (spiritual beings do not have gender
Read more

The ‘hungry ghosts’ who own your mind and mortgage your soul

There are human ‘hungry ghosts’, veritable  Guǐxiān   out there, despicable souls, who take to themselves as the purpose of life, the vampiric control of your mind. It is a sport, a hobby to them. They own politicians, the mind control mechanisms, and the (false) money which they created. By these and many other means, they take ownership of your mind and render you a slave who labor day and night for their financial benefit and merriment. Deluded by their control of your mind, you will need things that you cannot afford, you will buy on the credit they extend to you, you will consume the toxic sludge they dress up as food and you will need their scientific medications and treatments. You will be diagnosed by the angels of science, who are in their service, with diseases imaginary and fantastic. You will sign up for long term debt repayment programs for the rest of your life—selling your soul to the devil in many ways. These unseen people and their mind control systems are yo
Read more

The difference between soul and spirit 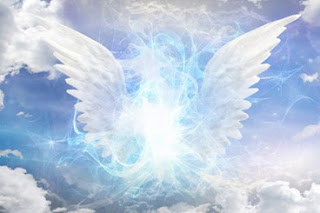 The difference between soul and spirit is in that soul energy and spirit energy are two energies of different spectra within the One source energy Prana. Prana comprises all the energy spectra of which a few are known to humankind, as discussed below.  It is all about Energy Energy forms the building elements of all things and all energy originates from one Source. In ancient spiritual tradition, this all pervasive sustaining energy is called Prana. For humans, in our understanding, Prana is divided into several spectra (ranges of bandwidth) which some think range from gross energy in the lower frequencies to the finest spiritual energy in the higher frequencies. Spirit energy is Prana of a higher frequency spectrum than that of the spectrum we call soul energy. A yet lower frequency spectrum known to humankind is the electromagnetic spectrum which is mostly found in the natural universe. The building blocks of the natural universe also utilizes another spectrum of subtle
Read more